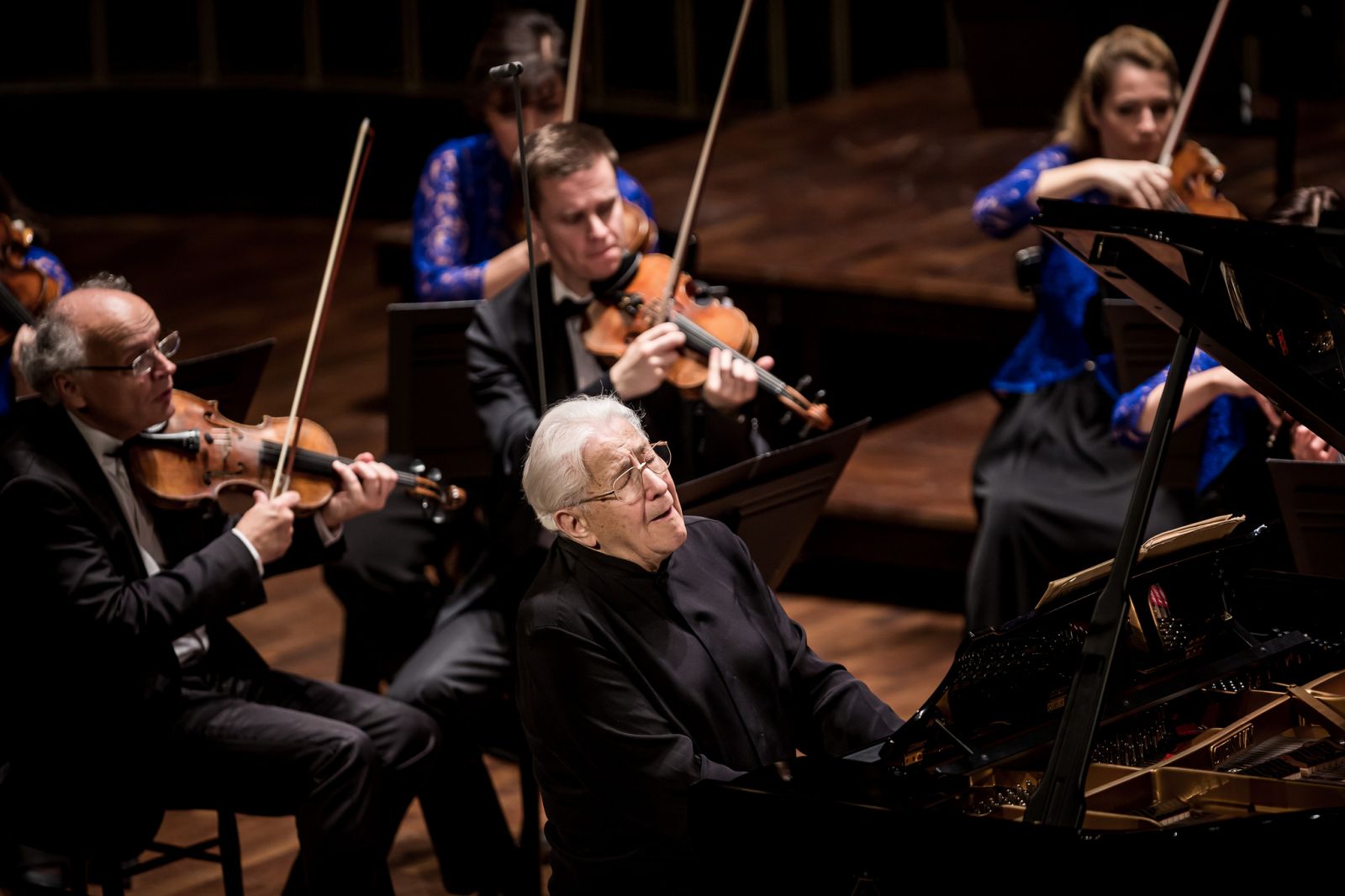 The pianist, who has been present on the podium for more than sixty-five years, has been a living symbol of vigour, lightness, wit, direct performance, natural virtuosity, and identification with music for quite a few successive generations. His play has never been faded by boredom, routine; for him, making music even after these decades is an adventure, joy, an opportunity for communication and dialogue, a charm of being together with the composer and the audience.

Péter Frankl learned his art from legendary masters: Leó Weiner, the greatest teacher of Hungarian chamber music, planted the love of making music in him, as well as the sensitivity that is the precondition of social music. Her piano teacher was Ernő Szegedi first, then Lajos Hernádi. He won international competitions in Paris and Munich in 1957 and in Rio de Janeiro in 1959. He left Hungary in 1958: first living in Paris and then moving to London. He made his debut in the United States in 1968. He has played with musicians such as Britten, Wind, Abbado, Boulez, Dorati, Gardener, Maazel, Masur, Muti, and Sanderling. In the early 1970s, he began to perform in his home country, Hungary again, both as a soloist and as a member of the Pauk-Frankl-Kirshbaum trio. He did not teach for a long time, but from 1987 he also undertook this duty at Yale University in order to pass on the spirit of spontaneous music to the rising generations. He continued this work until 2017. He presents his birthday Müpa evening as a solo piano performer as well as a duo and trio player, and the icing on the cake is his performance of a piano concerto.